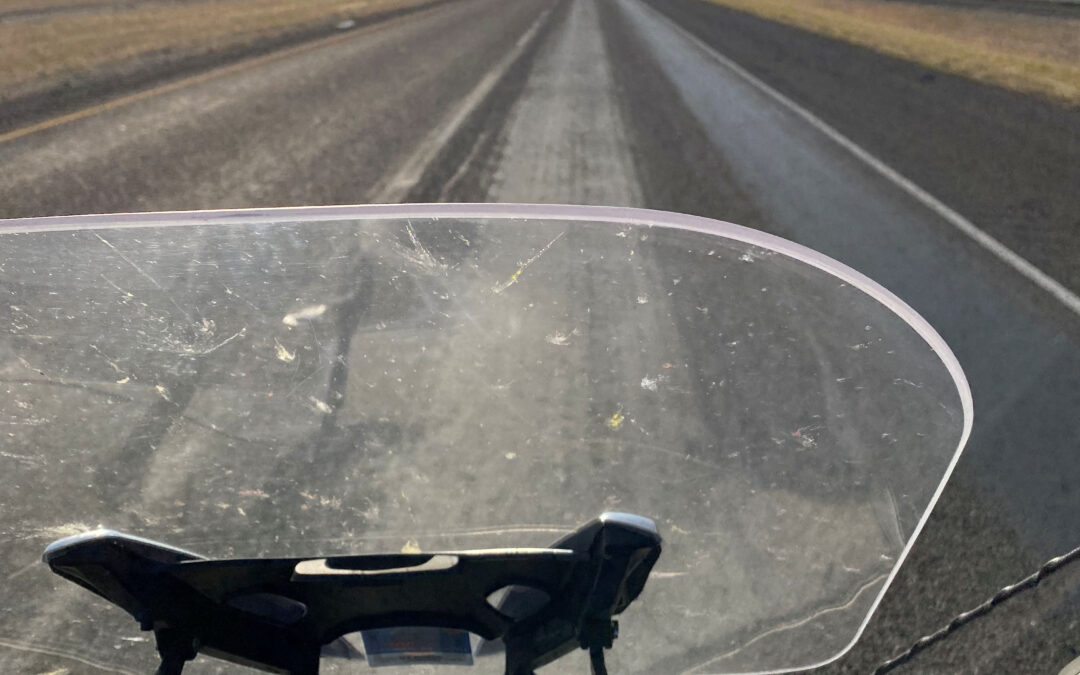 Headed out on Saturday morning (October 17) for a ride designed to include lunch with an old friend in Olney (just east of Seymour). I’ve made the ride to Seymour many times and didn’t want to just “do-it-again”. I decided I would consider expanding my mileage. Looked at my tires and decided I had a little over 1000 miles left on those carcasses before they would have to be changed out. The weather looked good and I got a kitchen/honey-do pass. Game on!

I was up at 4:15AM, fixed a little breakfast and coffee and out of the garage by 4:45AM, with my heated jacket already fired up. I got my first receipt for documentation in Shallowater at the local Chisom’s and was rolling before 5:00AM.

I took the backroads to Abernathy and caught I-27 north. Since I wanted to turn this ride in as a SS1000 I wanted to document the “corners” of my route clearly. To do this I made an unnecessary stop for a splash of gas in Amarillo as I headed east on I-40. The sun made its daily arrival as I approached Oklahoma. Again, for documentation, I stopped in Sayre, OK for fuel and bathroom as I prepared to go south on 283,

The road is relatively flat, but rolls left and right with the Wichita mountains covered in an early morning blue haze, off to your east. Towns like Mangum and Altus, look a lot like our neighboring little Texas towns. Each is suffering economically as the downtowns have multiple empty buildings. Crossed the Red River and entered back into the mother-land and then over the Pease River just as I entered Vernon and crossed over highway 287. Lake Kemp was covered in white caps as the head wind began to pick up.

Finished up my morning in Olney at 11:00AM with a stop for fuel before going to Subway, awaiting my friend to arrive from Lewisville. Enjoyed a long lunch before getting back on the road at 12:30. From there the ride continued south on highway 67 and then 183 at  Breckenridge. Crossed I-20 at Cisco, but stopped to get a cold battle of water to drink and squirt down into my jacket.

Rising Star, to Brownwood where I hit 377 to Brady. Another splash of gas and then back to the asphalt on 190 west. Flew west through Menard and Eldorado. I loved this road. Two-lane heaven for a motorcyclist. I saw many carcasses of both deer and pigs, reminded myself how glad I was that it broad daylight, and not dark. There were many places with fresh cut Mesquite and cedar piles ready for sale to those burning wood for the upcoming cold or those needing posts for a fence.

As you drop dramatically into Iraan, they are STILL working on the bridge and the automated stop light STILL takes forever. I waited, but I was not patient. I stopped in Iraan long enough for another fuel fill up and climbed over the pass before dropping onto I-10. The temperature was now over 98 degrees and the traffic was rolling quickly as usual. The  sun was low in the western sky as I rolled off the interstate at Fort Stockton at the highway 18 exit.

Burger King provided a substandard dinner but above average air conditioning. I checked in with my wife and then headed north. I fully expected the highway to be full of oilfield traffic, but was absolutely amazed by the open highway all the way to Monahans. No doubt, I made up some time on this stretch. (Zoom…zoom)

I took highway 18 to Kermit and then 115 over to Andrews. Made a final fuel stop in Seminole, refilled my water bottle and headed for the house. Rolled into Shallowater at 10:02PM to make my final fuel stop to cap off the day. Stopped at the same place I had picked up my first, early morning receipt. **FAIL** After fueling, the machine stiffed me, saying “clerk has your receipt”… and of course the clear had gone home when they closed at 10:00PM. REALLY?!?! I readjusted and decided the local Sonic was still open and I could get a DBR (dated business receipt) with a purchase. Ok, so I had fried cheese as my celebratory meal. 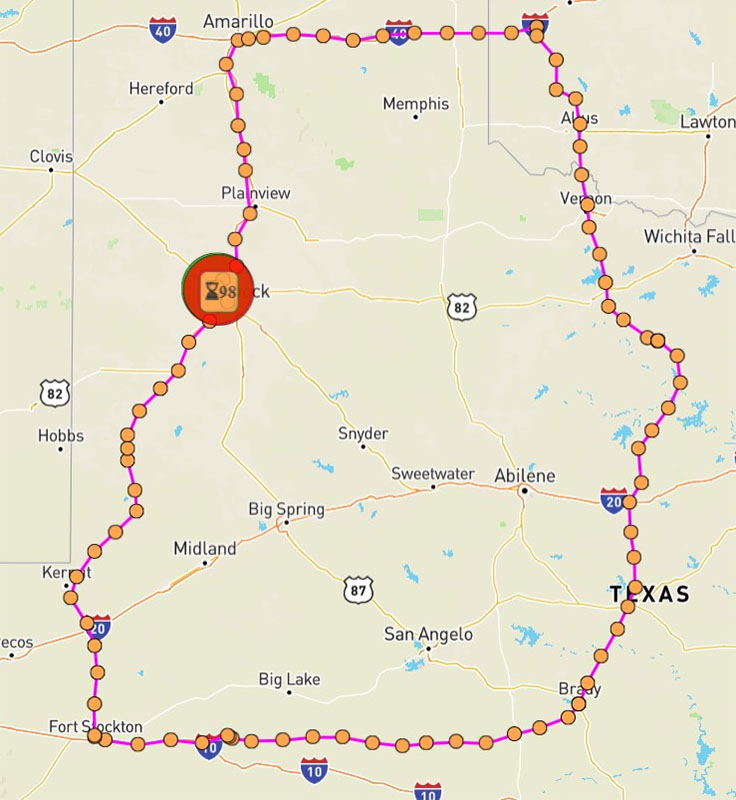