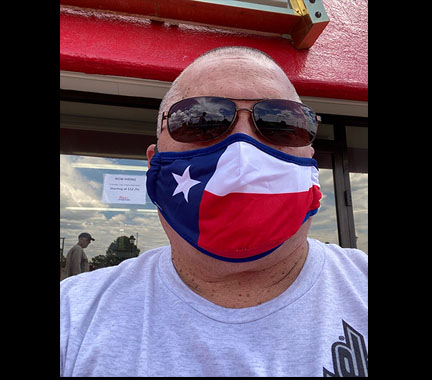 My friend Mike and I left for Taos New Mexico on Friday August 7th at 8:30 AM.  He was riding his 2017 Indian Springfield and I was on my 2018 HD 115 year anniversary Softail Heritage.  We to Clovis and stopped to top off the tanks, rest our buns and have a drink of water. 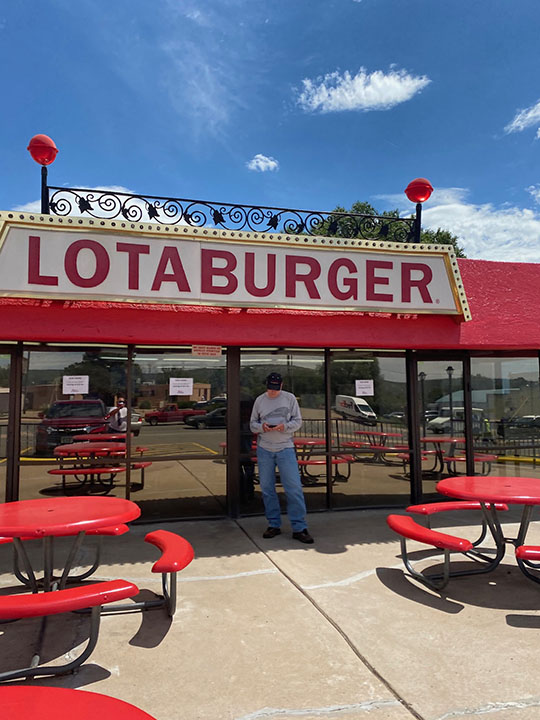 We continued on through Fort Sumner, Santa Rosa (gas stop), Las Vegas (ate lunch), Mora, Sipapu on into Taos.  We checked into our hotel (Kachina Lodge).

We obeyed the mask laws and social distancing when possible.  There was still plenty of daylight left and the weather was great so we headed to Red River via Questa.  The brewery was busy with a 20-30 minute wait. We gave them my phone number so they could text us when our table was ready. We walked a few blocks East on Main Street and it began to rain.  More of a drizzle than actual rain but the ground did get wet.  We headed back to the brewery to drink a couple of beers and eat some nachos.  Finished up our snack and drinks and headed to the parking lot behind the brewery and found that our bikes hadn’t even been rained on.  Rode on to Eagles Nest, Angel Fire and back across the mountain to Taos.  Ate at the Casa De Valdez and headed back to the hotel.

Left Taos about 8:00 AM.  Headed west on 64 across the Gorge bridge and on to Tres Piedras.  Continued west on 64 through the Carson National Forrest.  Turned North on 84 and headed to Chama.  At Chama we turned west on 84 towards Pagosa Springs.

From Pagosa Springs we went west on 160 to Durango and stopped and had some good Mexican food at the Los Amigos.  Headed north on 550 through Silverton and Ouray.  Ouray was busy with at least three brewery’s on the same block doing some great business.  Continued north on 550 to Montrose.  Checked into our hotel in Montrose and walked to the steak house (Ted Nelson’s) for a great prime rib.

Left the hotel in Montrose at about 8 AM.  Stopped and filled the gas tanks before heading east on highway 50 towards Gunnison. It was 50 degrees on this Sunday morning so it was a crisp ride all the way to the Curecanti National Recreation Area.  Headed south on 149 to Lake City.  As usual there were many ATV’s running through the city.  We stopped on the south edge of town to rest our butts and drink some water. A parade of ATV’s went by us.  We stopped again a few miles down the road at the scenic overlook of Lake San Cristobal.  We continued down 149 until we got to Creed.   We missed our turn (I was following) and ended up in downtown Creed. This was a blessing in disguise because we found Kip’s Grill.  I must say they had the best raw hamburger that I have ever eaten.  Once you got past the raw look is was a very juicy, tasty burger.  The best Mike said that he ever had!  We continued on to South Fork.  I was very impressed with the scenery in this area.  Mike loved 149 and thought it was more beautiful that the million dollar highway ride.  At South Fork we headed west through Wolf Creek Pass.  This nice 4 lane road led us to break a few laws on the way to the scenic overlook.  There was an Amish family or two enjoying the scenery at the overlook.  I don’t think the kids had ever seen a motorcycle before.  They were in awe of our two wheeled machines and could not stop staring.  We headed towards Pagosa Springs.  I wanted to stop at the water falls but there was already a large number of vehicles pulled off the road there.  Turned south and headed towards Chama.  Stopped in Chama at Fosters to have a porkchop.  Unfortunately they had become victims of the Covid-19 shit and were closed.  The train wasn’t even running…..Got off the bikes and took a short rest before heading back to Taos.  Took 64 to Taos and checked into the Kachina Lodge again.  Ate dinner at our favorite Mexican restaurant before hitting the sack.

Hit the road from Taos about 8:00 AM.  It was a cool ride from Sipapu to Mora.  The road construction was completed in Mora.  Delayed us about 30 minutes on the way from Las Vegas to Taos on Friday.  There is now brand new blacktop from the old mill north of Vegas all the way to Tres Rito’s.  We stopped in Clovis to eat at Leal’s but they had also been a victim of Covid and was closed.  So we called ahead to Leal’s in Muleshoe and found out that they were open. Hammered down all the way to Muleshoe to eat Mexican food at Leal’s. The ride home from Muleshoe was very hot 100+.  Made it home about 5:00 PM.  Put in just over 1500 miles. (1520). Did I say that we never got wet?  No rain what so ever on the road.  I few sprinkles but no wet roads! 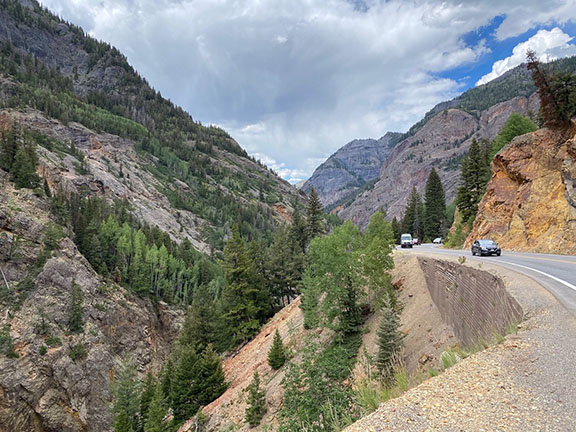 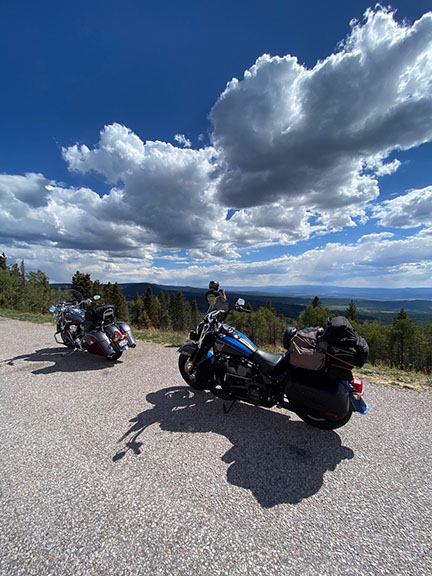