Marc Levine, On To Silver City 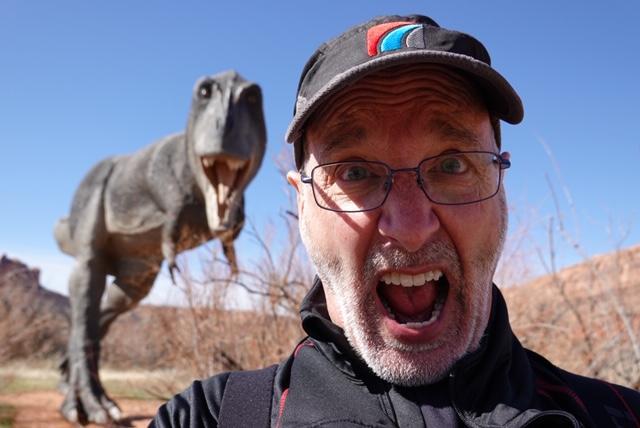 Took a great ride last weekend. Left with a friend early Saturday morning in dense fog all the way to Roswell, at which time weather improved nicely. Went on to Capitan, Carrizoso, San Antonio (NM), and down to Truth or Consequences. Took 152 toward Silver City, and about half way to Silver City, in the middle of fricking nowhere, had a sudden a catastrophic battery failure. Bike would not turn over even with an Anti-Gravity lithium jumper that I always carry.  Why do I always carry that? Because this is my third GSA in a row that has had the battery barf on a ride, leaving me stranded. My current GSA is a 2019. Battery and bike just over a year old.  Volt meter suggested normal battery function until it up and died. On a weird note, when in for service at the end of November (in Santa Fe), I told the mechanic that I have had so many battery failures with bikes less than 2 years old, that perhaps I should just preemptively buy another battery then. He said no need.  Live and learn!

I took the battery out of the bike and my friend, in his brand new 2018 Wing (a leftover model), on his first trip on it, went to T or Cs and found an Autozone. They confirmed my battery was toast, and found a perfectly sized replacement. That only cost me 2 hours of hanging out in the middle of nowhere. It was, fortunately, a very nice day. A friendly rancher even drove by and gave me some water.

On to Silver City.by Saturday evening.  Great beer and food and a good sleep…

Sunday morning we rode 191 all the way up to Moab, with a great pit stop at the Bear Wallow Cafe in Alpine, AZ. I had never gone further north on 191 than Alpine, but this ride to Moab was beautiful.  Although not an Iron Butt run by any stretch, it was a long day due to the winding, slow trip from Morenci to Alpine.  Arrived to Moab around 8PM.  Again, great food, beer, tequila, and sleep.

Monday we rode through Arches National Park, Canyonlands National Park, and the Dinosaur Park.  Really a great day, but already and quickly restaurants were closing and it became somewhat scary to be on the road. Tuesday we rode to Santa Fe, via Cortez, Durango and Pagosa Springs, but by the time we arrived in Santa Fe (where we were going to spend at least the night), all we could get was (good) takeout, so we came all the way back to Lubbock.  Picked up dense fog 60 miles from Lubbock, but all in all had a great ride.  Around 2000 miles.

I have now finally learned that the GSA, while a great bike, cannot be trusted (at least by me) for a long-distance adventure without carrying a spare battery.